Michigan House Declines to Extend Whitmer State of Emergency, Votes to Sue Her Instead

Friday, May 1: Latest developments on coronavirus in Michigan
The virus is here. It’s going to be here. ... It’s time to let people go back to work. That’s all there is to it

LANSING, MI -- Refusing to bow to pressure from both protesters and Republican leaders, Gov. Gretchen Whitmer set the stage Thursday for a likely court battle over her decision to extend Michigan’s state of emergency declaration. 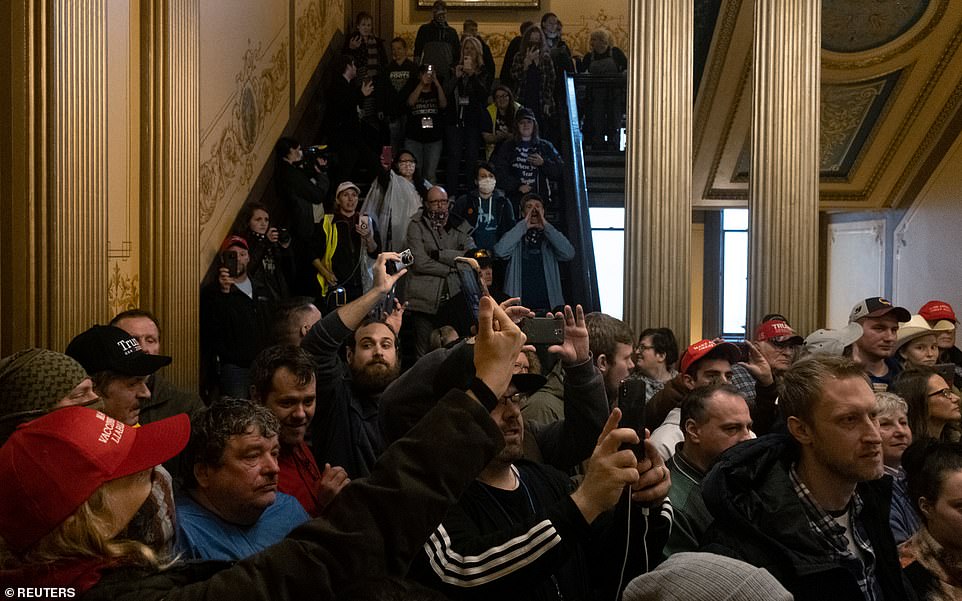 Rising tensions over Whitmer’s stay-at-home order, leading to 1.26 million unemployment claims in the last six weeks, came to a crescendo Thursday, April 30 at the state Capitol as protesters converged in Lansing while state legislators met in session.

The majority-Republican legislature declined to issue an extension of the initial state of emergency, which expired at 11:59 p.m. April 30, but Whitmer soon after issued executive orders to extend it anyway. Her order would extend it to May 28.

The issue will almost certainly end up in court, as both the House and Senate gave its leadership the go-ahead to sue Whitmer if she continues issuing emergency executive orders after April 30. 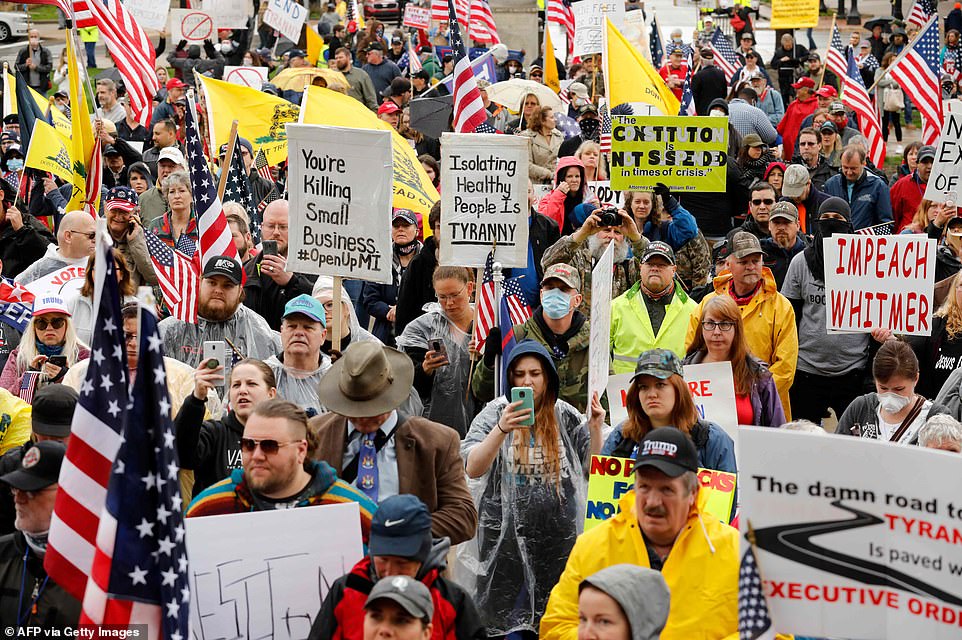 Below is a look at the most recent developments related to the crisis.

Michigan still 3rd in the US for most coronavirus deaths with nearly 3,800 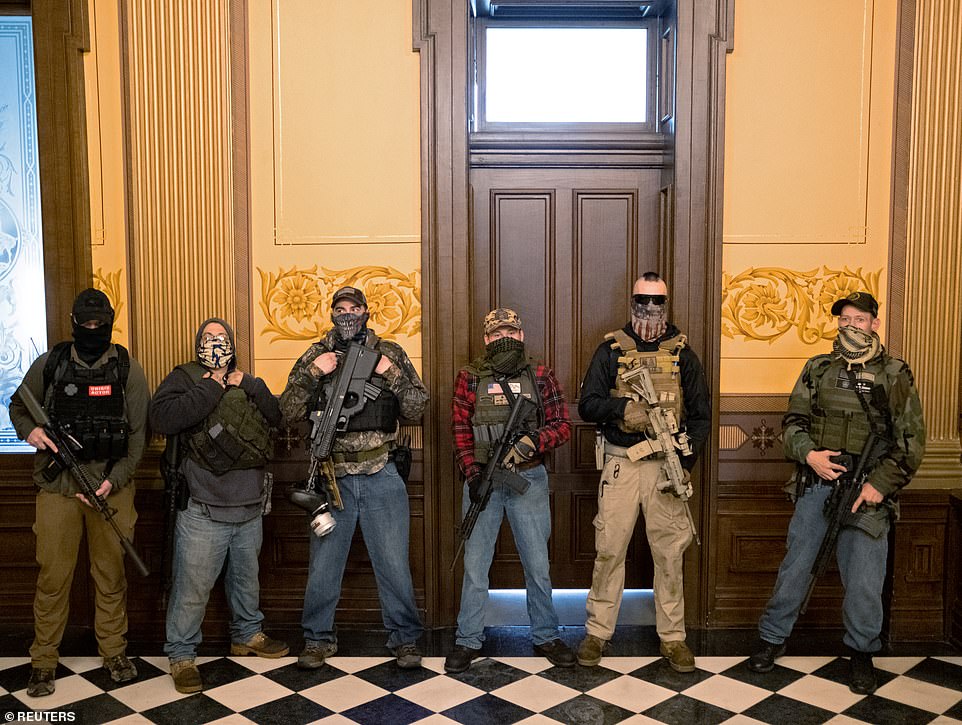 The state now has had 41,379 total cases and 3,789 deaths from coronavirus. Michigan ranks seventh in the country for most cases but still has the third-most deaths, per multiple national media reports. Michigan ranks 10th in the U.S. in population.

Gov. Whitmer to the legislature: Michigan is still in a state of emergency

Michigan Gov. Gretchen Whitmer rebuffed efforts by the legislature to curtail her executive authority Thursday night, issuing a trio of executive orders that would put Michigan in a state of emergency due to the COVID-19 pandemic through May 28.

The final order declares a new state of emergency and disaster under the Emergency Management Act of 1976. The new orders would run through 11:59 p.m. May 28.

Protesters packed the lawn and sidewalks outside the Michigan Capitol on Thursday, many standing elbows to elbow as they expressed outrage over Gov. Gretchen Whitmer’s stay-home order, pressuring lawmakers to vote against extending the state of the emergency declaration that the governor issued at the onset of the coronavirus outbreak. 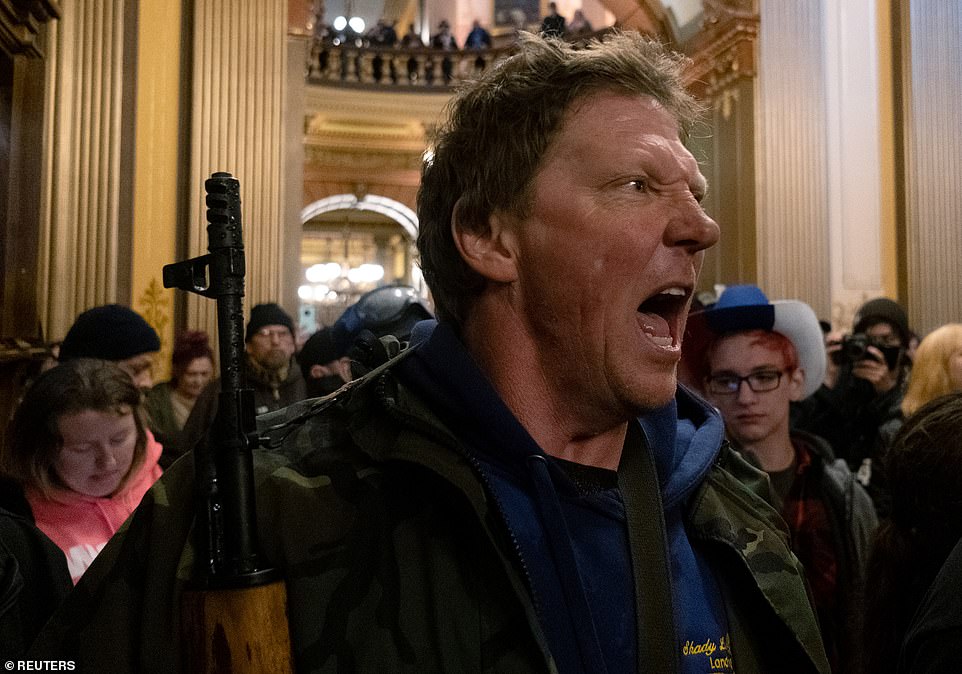 Those who gathered on the Capitol lawn to voice concerns and displeasure with the governor’s restrictions on business and recreational activity endured heavy bouts of rain to listen to speakers and protest the stay-home order.

The House ultimately declined to take up the proposed extension.

Protesters pack into Capitol, chant ‘let us in’ when blocked from House proceedings

The public wasn’t allowed inside the Michigan House gallery on Thursday, April 30, but protesters made sure their voices were heard from the hall.

Some of the protesters went inside the Capitol, in hopes of attending the sessions. The public hasn’t been allowed inside, as the gallery space has been reserved for lawmakers and media members, to ensure social distancing. 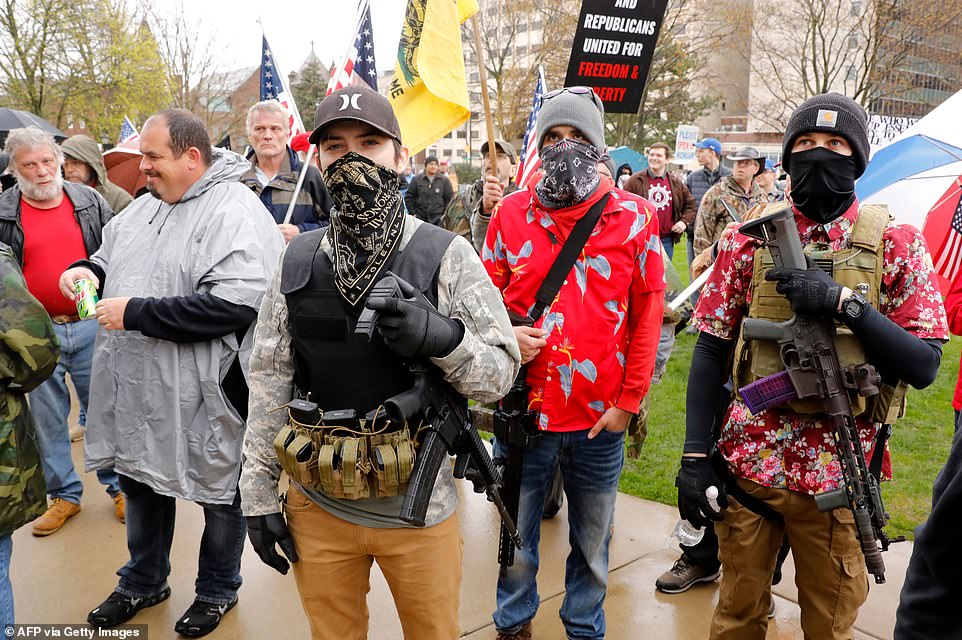 While Michigan has seen the number of new unemployment claims decline for four straight weeks, the total count of workers collecting benefits has surpassed 1.26 million over the last six weeks.

The state had another 81,312 filings for unemployment benefits in the week ending April 25, according to data released Thursday, April 30, from the U.S. Department of Labor.

Though it marked the lowest number of new claims since the state of emergency declaration, it was still higher than the state’s previous one-week record of 77,000 claims set during the recession a decade ago.

A coalition of Michigan renters groups is calling on Gov. Gretchen Whitmer to suspend rent payments for tenants across the state, as the coronavirus pandemic breaks open the financial wounds of vulnerable residents.

Michigan should “waive the damn rent” if it wants to avoid mass evictions, said Tristan Taylor, an organizer with Detroit Renter City, which is part of the coalition. The coalition doesn’t have a cost estimate on how much the move would cost landlords or the state.

The groups – which are from Detroit, Kalamazoo, Lansing, and Grand Rapids – are circulating an informal, online petition to raise support and say they have collected more than 1,000 signatures so far. Besides rent suspensions, they’re also calling on state orders to be extended that bar eviction and utility shutoffs during the pandemic.

NASCAR is poised to be one of the first sports to restart during the coronavirus pandemic, as it announced a schedule of four Cup Series races for an 11-day span, starting May 17.

While racing overall is ready to get going again, the races scheduled for June 5-7 at Michigan International Speedway are in jeopardy.

While NASCAR’s new official schedule only goes through May 27, multiple media outlets have reported leaked schedules for June – which tentatively has a race scheduled for Atlanta Motor Speedway that weekend instead of MIS.

Why isn’t the governor wearing a mask during coronavirus briefings?

Gov. Gretchen Whitmer last week signed an executive order requiring Michiganders to wear protective masks when out in confined, public spaces. However, during both of her press conferences this week, the governor and those joining her on stage have not been wearing masks. The absence of masks has triggered complaints from some critics who say the governor is not following her own directions.

Tiffany Brown a spokesperson for the governor’s office, said speakers during the governor’s press conferences are all practicing proper social distancing and are not in a place open to the general public – like a grocery store. The governor and other speakers during her regular briefings are refraining from wearing masks so that viewers and listeners can hear and see them as they speak, Brown said.

Michigan hospitals are needed now more than ever. Why are they laying off workers?

Hospitals are facing multimillion-dollar drops in revenue during the worst viral outbreak in a century, causing thousands of Michigan health care workers to lose their jobs.

Early in Michigan’s fight against the coronavirus, Gov. Gretchen Whitmer issued an executive order closing medical centers and dental offices, while requiring hospitals to temporarily postpone non-essential procedures. Terminating lucrative non-emergency services while prioritizing the treatment of COVID-19 patients left hospitals strained for cash while they are most needed, resulting in layoffs and furloughs across the state.

Governments that oversee Michigan cities and other municipalities are feeling the effects of the COVID-19 pandemic. Local government leaders are forecasting millions of dollars in tax revenue loss and making plans to try to stay afloat.

With people ordered to stay home, the business closed, and millions out of work, tax revenue for Michigan’s local governments are taking a big hit.

Subscribe to Libertyrush Social Network to receive updates of the latest articles delivered straight to your inbox.

Why? Lindsey Wasn't a Fan of President Trump in the Beginning

Why I Love Libertyrush.com. @POTUS

Great article, love thumb pic, America dodged a bullet, thanks to patriots, hopefully, this will have a ripple effect. If the Governor had voted in the State of Emergency as law, It would take another ruling to remove it. In the meantime, she could do as she wants, and she is not for America.